You are here: Home / About / History

Friendly House first opened its doors in 1920 as a small three-room settlement house with a mission to promote neighborhood health and welfare, particularly for recent immigrants. From the start, Friendly House was committed to being flexible and responsive, providing services with local input and drawing employees from local neighborhoods.

The current Friendly House building at 36 Wall Street was constructed in the early 1970’s with design input from the community. A Head Start program and a new child feeding program opened at the new site, and  Friendly House became the first agency in Massachusetts to distribute USDA surplus food to families. In 1983, the agency opened an emergency shelter for homeless families at 36 Wall Street, and in 1988, opened the Frances Perkins Transitional Home at 16-18 Cottage Street.

With many programmatic changes over the past century, the settlement house principles of solidarity with and empowerment to those being served has remained core to Friendly House’s culture and approach to programs.

Friendly House first opened its doors in 1920, as a small three-room settlement house located at 37 Norfolk Street in, Worcester, MA, under the sponsorship of the Worcester Civic League.  Their mission was to promote neighborhood health and welfare for the betterment of Worcester and to further the interests of Worcester’s immigrants – introducing them to customs and traditions of their new home and helping them to become and integral part of civic life.

A club room, kitchen and dental room made up the settlement house.  Classes in housekeeping, cooking, nursing, dressmaking, basketry, and millinery were offered for girls.  Boys had manual training each week and social gatherings were regularly planned and well attended.  Dental care was critical but funds for a full-scale program were scarce.  A dental hygienist split her time between READ MORE…Friendly House and the Neighborly house to provide services to the children.

Programs expanded in the mid 1920’s to include a pre-school nursery, Red Cross first aid, singing, sewing and a dental clinic.  A dentist and hygienist handled the needs of forty-two children.  Quickly needing more space, Friendly House moved into a new home at 57 Norfolk Street in 1927.  This site provided morning activities for young children, while afternoons were reserved for the older school age children.  This second Friendly House served as a transitional home until a larger space could be found.

In 1928, the Junior League assumed responsibility for Friendly House from the Worcester Civic League.  They proved that Friendly House could take care of an enormous neighborhood and all members of a family from nursery school age and up.  Shortly thereafter, the Junior League secured a lease on a much larger, two-story, ten room building with heat, natural sunlight, spacious areas and a playground located at 38 Wall Street.

Though Friendly House remained under the supervision of The Junior League, in November 1928, Friendly House was recognized as a freestanding, not-for-profit incorporated organization and formed a Board of Directors. 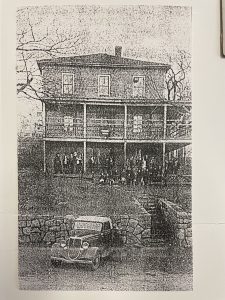 Major activities in this decade – and continued in the forties – emphasized children’s programming including sewing and cooking classes, hobby clubs, theater and music programs, arts and crafts, embroidery, a Dental Clinic and a nursery school program.  Friendly House provided space and facilities for social, educational and constructive recreational programs for all youth. 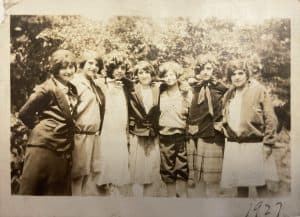 In 1937, Friendly House became a community-based board and no longer a Junior League project.  In 1939, at the urging of the then Director, Mrs. Edwin I. Morris, a Mother’s Club was formed.  Mrs. Nebeha Merhige-Haddad was elected President.  Each member of the club was a mother or grandmother of the children enrolled in Friendly House classes or clubs.  Besides sewing, cooking, and crocheting, mothers enjoyed various adult education and Americanization programs including field trips to local industries.  The Mother’s Club was very popular and fond memories of the club lasted many decades. 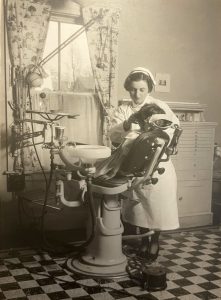 World War II meant that settlement houses were faced with severe staffing shortages. Men and boys went to the armed forces and women opted for higher paying defense positions.  At that time, Friendly House focused their attention on programs for school-aged children.  The Friendly House Nursery School was filled to capacity during the War years and young teenagers served as recreational leaders.  Friendly House was sponsored entirely by Community Chest at that time. 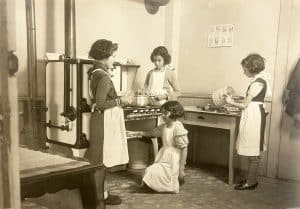 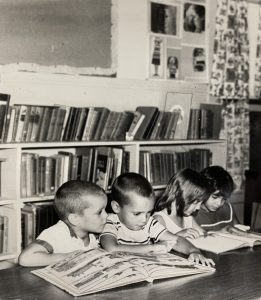 After the war years, the primary focus for Friendly House continued to be the school-age recreational programs.  Children came for music, arts and crafts, drawing, cooking, sewing, games and nature programs.  The children attended summer outing trips from Greenhill Park to Fenway Park and the neighborhood “pot luck” supers were a well-attended event during the 50’s. 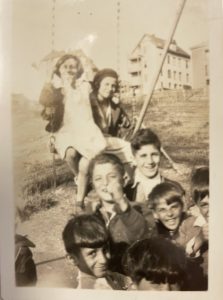 The Worcester District Nursing Society continued to support the Friendly House – Well Baby Clinic, one day per week and the Dental Clinic became a cooperative project in Worcester and included Friendly House in the agencies it served.  At Friendly House, averages of 24 dental appointments were made per week.  The Dental clinic operated until 1971. 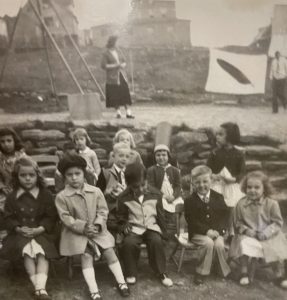 The turbulent 1960’s presented a radical challenge to Friendly House through the rediscovery of poverty in neighborhoods throughout the country combined with the Civil Rights movement. The backlash of the Vietnam War also brought major resource and programmatic changes to Friendly House.

In 1965, Friendly House organized its first adult slow-pitch softball team.  Athletics would play a more major role in subsequent years and would become one of the many extremely successful programs at Friendly House.

The war on poverty and anti-poverty programs changed the programming, services and direction of Friendly House.  In 1966, Friendly House received its first major federal grant in the amount of $9,716 from the Office of Economic Opportunity.  The grant provided social services to 2,000 seniors, teens and needy neighborhood families.  This was a turning point in the type of services Friendly House would provide to families in the future.  The once small, single purpose agency would be transformed into a “multi-service center” – changing its direction and services through the end of the 20th century.

The decision to construct a new Friendly House was made during the latter part of the decade.  The new building would be constructed next door to the existing facility and on the site of the former St. George Orthodox Church.  The building fund drive, chaired by Paul S. Morgan began in earnest.

The sixties saw the first annual Fourth of July Block party (1968) – which became an annual tradition.

The end of the sixties brought great sadness to the Friendly House family as the beloved Director, Ruth M. Trainor, died suddenly after 22 years of unselfish, dedicated service.  At that time, Gordon P. Hargrove assumed the position of Executive Director.

Ground was broken for the new Friendly House, Inc. and the community was instrumental in the design of the new building.  The neighborhood fund drive alone raised more than $20,000 – double the goal.

As the times and needs continued to change for the neighborhood, Friendly House opened a Head Start program site and initiated a new child feeding program in 1972.  Services to elders, teens, and neighborhood families were expanded and the United Way allocation increased.  Friendly House was selected as one of the first sites for the University Year for Action program.  Community action became a major focus for Friendly House in the early 1970’s.  Neighborhood residents were involved in issues such as crime, drugs and other problems, which directly affected their lives.

At a 1973 ceremony, Board President Norman Wood burned the Friendly House mortgage, which had been paid off in a record one and one half years.  The success of the agency’s fund drive was due in a major part to the work of its chairperson, Paul S. Morgan.

The decade of the 1980’s saw a double line in the number of participants and programs offered by Friendly House.  In 1983, the agency opened an emergency shelter for homeless families at 36 Wall Street.  Friendly House was the first agency in Massachusetts to distribute USDA surplus food to needy families.  The agency opened the Frances Perkins Transitional Home on 16-18 Cottage Street in 1988.

Friendly House was instrumental in establishing the Oak Hill Community Development Corporation.  Friendly House not only continued its involvement with the United Neighborhood Center Association (UNCA), on a national level, but also participated at the International Federation of Settlement (IFS) celebration at Toynbee Hall.

With the merging and closing of Neighborhood centers in Worcester over the years, Friendly House has emerged as the leader and centerpiece of assistance for providing services to Worcester residents.  Inner city families turn to Friendly House for a variety of assistance including shelter, emergency help, food, medical care, after school and summer programs, day care, senior programs and counseling.  Friendly House helps people help themselves by providing information, resources and direct support.

Over the past year alone, more than 25,000 residents received assistance from Friendly House.  Over 3,000 people accessed Friendly House’s Social Service Department seeking food, shelter and counseling.  During school vacations and through the summer camp program, nearly 4,000 young people are provided a safe environment away from the negative influences of the city streets through creative and recreational programs.  Daily, more than 200 seniors rely on Friendly House for meals, health screenings and social activities.

Over the past 100 years, throughout a changing society, the core philosophy of Friendly House has remained unchanged.  Friendly House helps people to help themselves, generate self-reliance and increase their quality of life.  The strengthening of the finest family standards and the highest American ideals is the underlying educational purpose of Friendly House.  Friendly House provides opportunities for individuals to realize his/her potential for a full life through self-direction and growth.

As we look ahead in anticipation of a new century with renewed commitment and hope, we need only to look back for direction from those who preceded us.  The words of, Nebeha Merhige-Haddad, former Director of Friendly House and President of its first Mother’s Club, are as appropriate today as they were during her address for Friendly House’s 35th Anniversary in 1955.

“I need not mention all the good Friendly House did for the community.  The thirty-five years is sufficient proof of its survival.  I hope the young members will follow in the footsteps of those who organized this noble work, so in the years to come, everyone will be proud of what they have accomplished.  We are confident, with the ability of the young people, and living by the Golden Rule, Friendly House. will continue to serve and flourish for many years to come.” 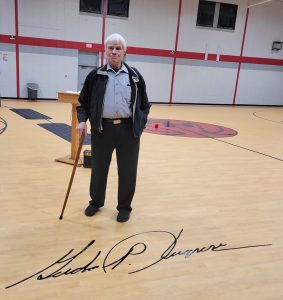 Gordon Hargrove lead Friendly House as its Executive Director for an extraordinary six decades, steering the organization through a myriad of social and economic changes while significantly expanding the programs and reach throughout the city of Worcester. His father, Gordon Hargrove Sr, served as the superintendent of the Ionic Avenue Boys Club of Worcester. Following this example, Gordon began volunteering with Friendly House’s youth programs in 1957, ultimately becoming Executive Director in 1969. 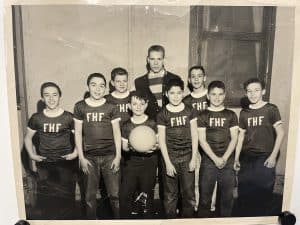 Focused on meeting the ‘whole’ needs of families for food, housing, employment, community, and opportunities for youth, he was an avid proponent of the Friendly House model, becoming an internationally-recognized expert on settlement houses. Mr. Hargrove has visited settlement house-style agencies from the Middle East to South America and served as a leading voice in national and international settlement house organizations. Within his hometown of Worcester, Gordon Hargrove’s impact is immeasurable. He is justly famous for his personal approach, his selfless nature and for countless acts of personal charity.